One of the most well-known symbols of the Holocaust, it’s important for anyone who travels to Krakow to visit Auschwitz – to actually see what our fellow humans endured, pay homage to over 1 million lives lost and to celebrate its survivors.

Auschwitz is a truly other-worldly place that will make a lasting impression on anyone. Only when you stand in front of the large gates at Auschwitz I – the original camp – with the famous ‘Arbeit macht frei’ (“Work Makes Us Free”) sign waving across the top does the significance hit you. All those thousands of people who walked through here daily, with the first arriving from Poland in May 1940 – over 70 years ago. The entrance to Auschwitz

You will see the former living quarters of the prisoners, with some of their pictures hung across the empty corridors in barrack houses that do not feel the slightest bit homely. Rooms full of their belongings and the suitcases in which they brought them here.

See how the people held here were made to live, as well as how they came to pass; their weathered and forlorn shoes, distressed clothes, brushes and combs, pots, pans and even children’s toys. One of the most memorable exhibits is the room filled with the deteriorating hair of thousands of people. The shoes of the Auschwitz prisoners (Image: flickr.com/photos/euroil) Fences around the camps

Looking at the endless rows of wooden shacks here, the barrack blocks at Auschwitz I actually seem like luxury. It’s shocking to hear how many people had to share these and even more so that they were actually prefabricated horse stables meant for the Eastern Front. The approach into Birkenau

One thing you’ll notice here is how quiet it is, eerily so as if the past has somehow permeated the grounds itself. In fact, many people have reported that no birds fly over the site, whilst others claim this to be a myth. The view from the watchtower

Auschwitz is an important part of our history, where millions of lives were lost but will never be forgotten. It was survived by an estimated 200,000 people, some of whom are still alive to this day. Annette is the Senior Product Manager at AttractionTix. Drawn mostly to places of outstanding natural beauty and historical or cultural significance, her favourite memories are hiking up to the Eagle’s Nest in Bavaria, art trips to Berlin and Paris, and swimming at Ik Kil Cenote in Mexico. 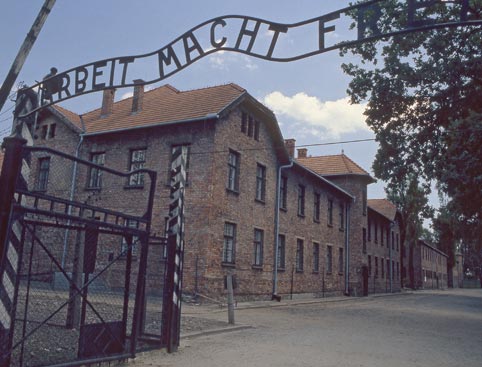