Paris with the Kids: More than just Disney

When you decide to visit Paris with young children, there is a general assumption that by “Paris”, you actually mean “Disneyland Paris”, its most famous suburb. After all, what is there for kids in central Paris? It’s all just cultural buildings, expensive shopping and clichéd romance… isn’t it?

To find out, I took my partner and two small children (5 and 3) for a week’s holiday in one of the most romantic cities in the world. We stayed centrally, close to the Boulevard Saint Martin and between the magnificent, 100 year old Sacre-Coeur basilica and the equally spectacular Centre Georges Pompidou.

For our first full day, we took a leisurely walk to the Eiffel Tower – the one thing our five year old had been most excited about seeing. On the way, we encountered a play area and stayed there over lunch-time. Picnicking in the shadow of the Eiffel Tower was wonderful and cost us no more than the few Euros we had spent in Carrefour the previous evening.

The tower itself was not a new experience to us parents, but mesmerised the children. Taking a bag of small toys with us helped to occupy the kids while we were waiting to go up, which made the wait far less stressful for us all!

The next day, we ventured a whole 800m down the road from where we were staying to take in Le Musee Gourmand du Chocolat, which cost us €19 to enter plus an additional €3 per person for a chocolat chaud at the end of our visit. The museum was interesting, tracing the consumption of chocolate back to the Aztecs, and catering to small people by offering a Playmobil-based quiz. Following the tour, we enjoyed a demonstration in the kitchen by an actual chocolatier! This was given in French, but we got the gist and the children were more than happy as they were able to taste the end product.

Another fun trip was to the aforementioned Centre Pompidou. It is worth remembering that this unusual museum is closed on Tuesdays – a fact that caught us out last time we visited. We chose not to pay for full entry as we were on our way to the science museum at the time, but we did make it up to the viewing deck. The children loved the escalators and the view, and we loved the price; just €6 for the four of us.

In short, there is a lot to do with kids in Paris; indeed, it is probably the most child-friendly city we have ever visited. There are parks seemingly on every corner (something that really stands out as being hugely different to London) and our three year old was free everywhere meaning that we could afford to do even more than we had hoped. A perfect summer holiday or weekend city break destination, Paris with the kids is so much more than just Disney!

Jen Palmer is the author of parenting & lifestyle blog http://smilesandtrials.net/

Jen Palmer is the author of parenting & lifestyle blog Smilesandtrials.net. 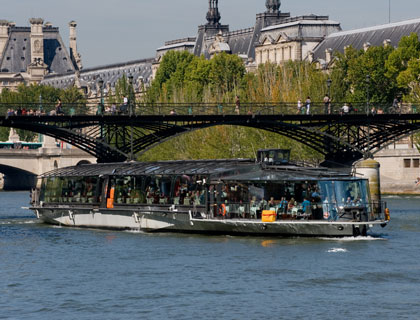