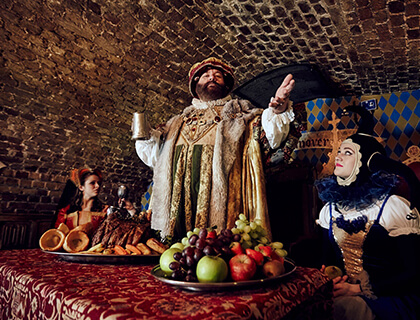 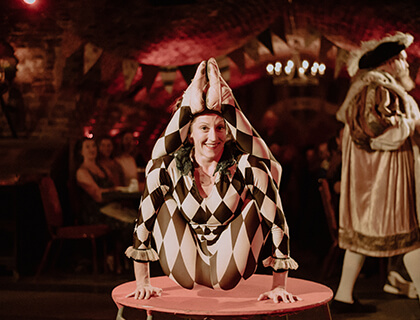 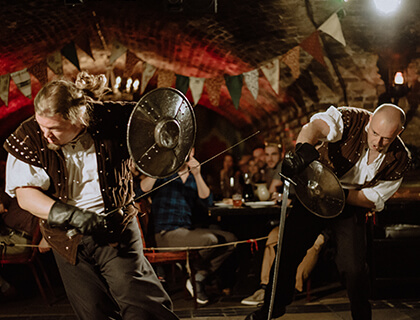 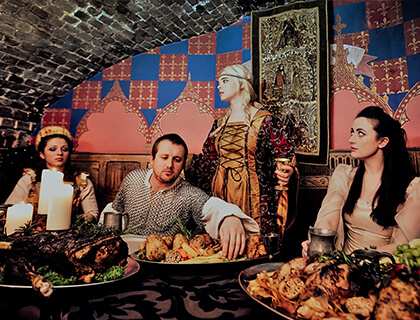 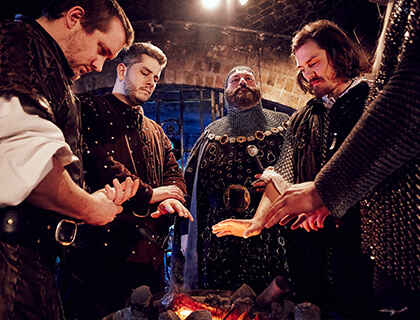 How to get to the Medieval Banquet London

What: Medieval banquet, entertainment and disco

Don’t miss: Singing, dancing and joining in with the live entertainment!

Enjoy an evening of free wine, beer and a sumptuous feast at the Medieval Banquet London!

A fun and lively medieval-themed show plays out amongst the banqueting tables, recreating the festivities that were probably held in the same spot over 500 years ago!

Your evening’s entertainment may include King Henry VIII with his queen and noblemen, sword-fighting knights, acrobats, musicians, court jesters or singers.

You’ll also have plenty of opportunities to get up and dance, sing and participate with the cast – or simply slap your fists on your plate and demand more food and drinks!

After the banquet, get up and shake your stuff to club classics at the after-show party!

The Medieval Banquet is located in the atmospheric cellars of Ivory House, St Katherine Dock - a short two-minute walk from the Tower of London and Tower Bridge.

Costumes and hats are available to hire - so you can really get into character for this medieval spectacular!

During 27 November - 20 December 2019, The Medieval Banquet will host their festive Banquets including evening and lunchtime feasts.

If you would like to bring your car to the Medieval Banquet, parking is permitted on roads with a single yellow-line near St Katherine's Dock after 6.30pm.

Children under 4 can attend the banquet for free!

The nearest BR station is London Bridge (about a 20 minute walk) and nearest underground station is Tower Hill (around 5 minutes’ walk).