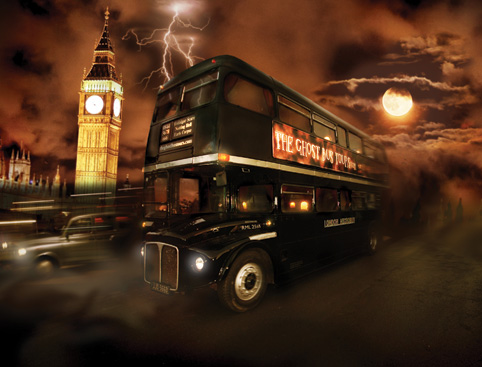 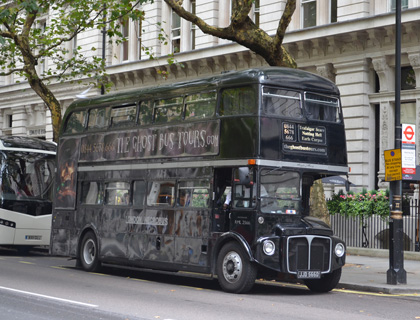 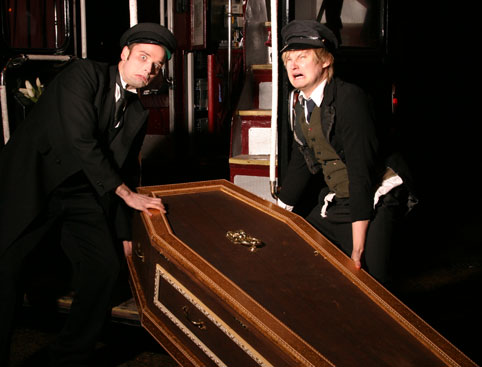 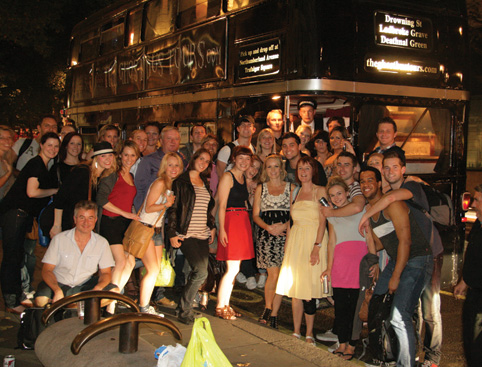 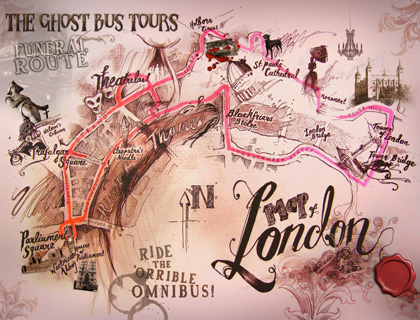 How to get to Ghost Bus Tour London

What: Comedy/Horror tour of London by 1960s Routemaster bus

The London Ghost Bus Tour is a deliciously terrifying and side-splittingly funny sightseeing tour through the dark heart of England’s capital city, on a real 1960s funeral bus, or ‘Carcass Coach’ as they were once known.

This comedy horror sightseeing show takes you on a theatrical tour around the past, present and future of the city on-board a classic 1960s Routemaster, which was once used as a real funeral bus!

As you explore the horrifying truth about London's past, you’ll also get to see the city's most famous sights, including the Houses of Parliament, Westminster Abbey, Downing Street, St. Paul's Cathedral, the Tower of London, Tower Bridge and London Bridge.

See the spine-chilling stops along this tour route

Your Creepy Conductor will show you where the most gruesome murders, tortures and executions took place, and where certain restless spirits still linger.....

Hear all the gory details about London's grisly history, from the executions of King Charles I and Anne Boleyn to the heads of criminals placed on spikes at the city's entrances and the Great Fire of 1666.

A word of warning – there will also be some surprises on-board the bus. It was a funeral bus after all, and the dead have definitely left their mark....

The Necropolis Bus Company began in the 19th century as a private funeral bus service. The ‘Carcass Coaches’ (as they were known locally) would convey the deceased, pall bearers and up to 50 mourners to the final resting place.

Regular service ran until 1967 when a tragic fire at the company depot razed the building to the ground and destroyed almost the entire fleet of buses.

Only one vehicle was salvaged and was locked away for 40 years, until now....

Having been restored to its original design, this bus is now operated by NECROBUS as vehicle for the Ghost Bus Tours!

The London Ghost Bus Tour is approximately 1 hour and 15 minutes (depending on traffic),

The Ghost bus is a classic routemaster and therefore has no wheelchair access.