" Universal Orlando Tickets: 3 Parks for the Price of 2! - AttractionTix 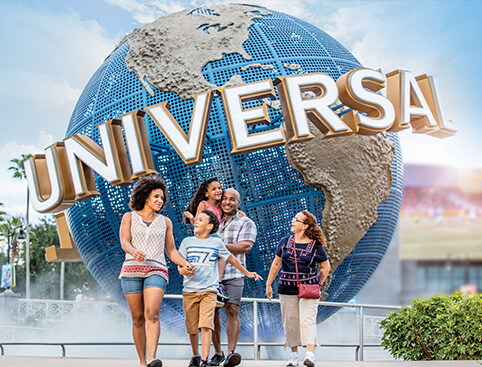 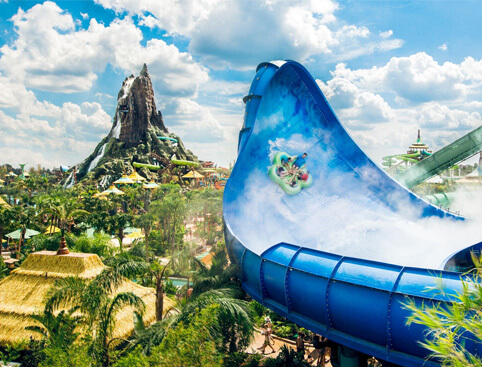 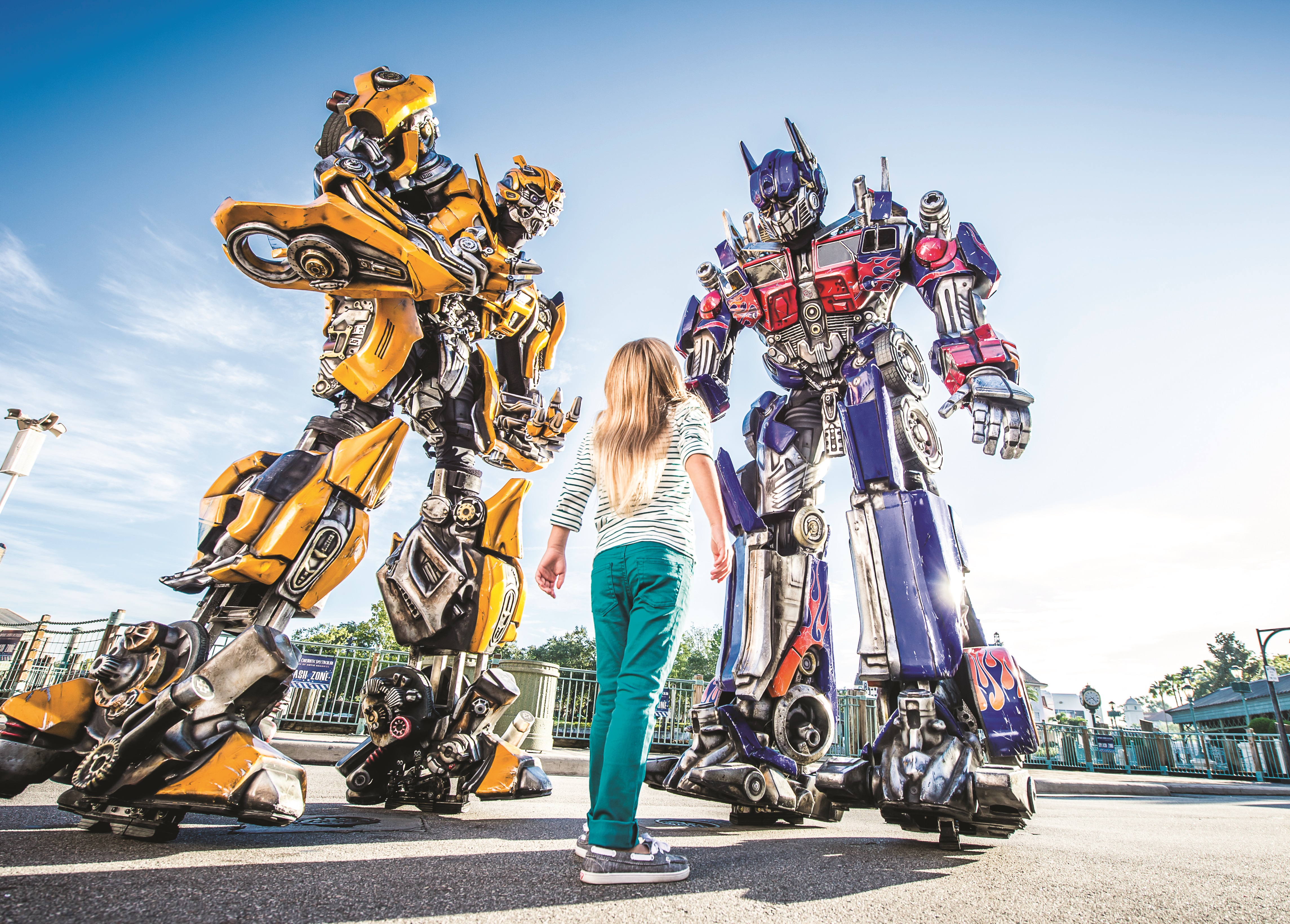 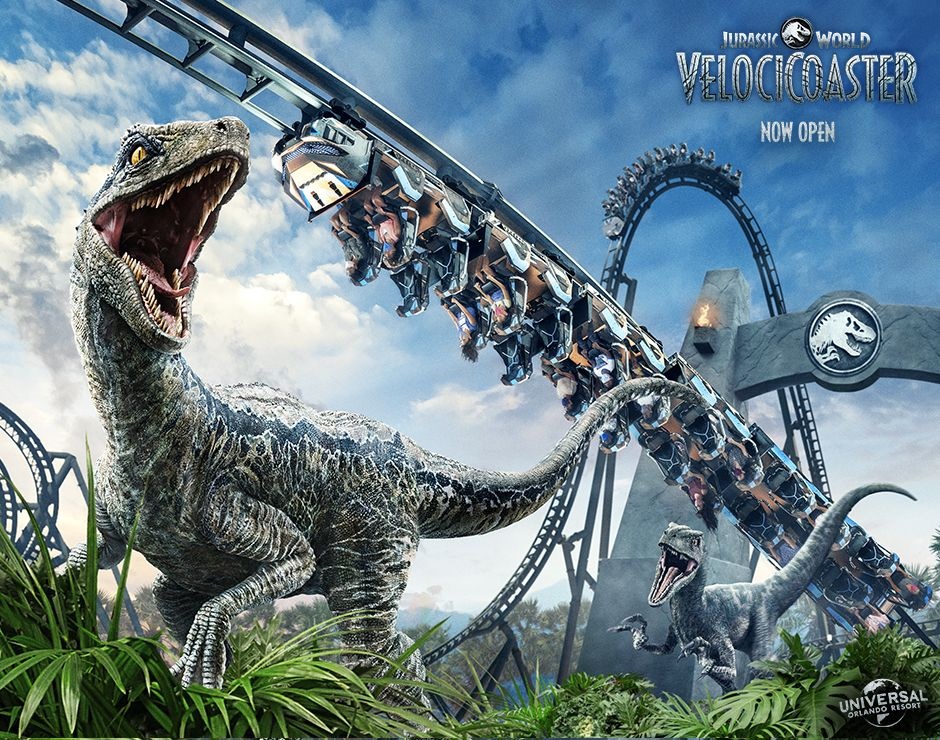 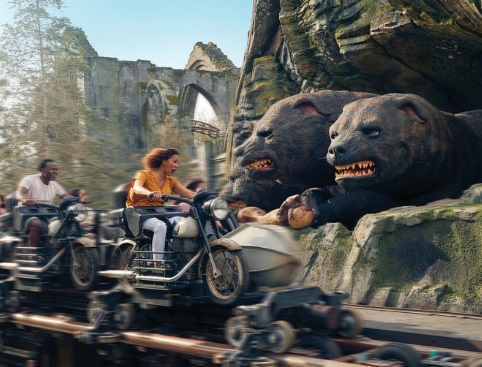 How to get to Universal Orlando

Take a holiday beyond anything you’ve experienced before at Universal Orlando Resort. Journey through legendary worlds of incredible heroes at Universal’s Islands of Adventure. Here you’ll feel the rush of the hunt as you ride the thrilling new roller coaster, Jurassic World VelociCoaster, and you’ll experience the magic and excitement of The Wizarding World of Harry Potter™ - Hogsmeade™.

Meet Illumination’s mischievous Minions and join forces with the TRANSFORMERS Autobots as you immerse yourself in the next generation of blockbuster entertainment at Universal Studios Florida.

Enjoy the thrills and relaxation of a tropical paradise like no other at Universal’s Volcano Bay water theme park. From amazing theme parks to the dining and entertainment of Universal CityWalk, Universal Orlando Resort is a holiday of endless awesome.

The main parking garage at Universal Orlando is at 6000 Universal Boulevard, Orlando, FL 32819

Facilities and services at Universal Orlando Resort include:

What you can take:

What you can’t take:

The shopping opportunities are endless at Universal Orlando Resort, with outlets offering a huge range of gifts, jewellery, souvenirs and more!

Admission to all three theme parks at Universal Orlando Resort and Universal CityWalk.

Immerse yourself in the next generation of blockbuster entertainment at Universal Studios. You’ll enter The Wizarding World of Harry Potter™ - Diagon Alley™, encounter Illumination's mischievous Minions, take on Fast & Furious – Supercharged plus so much more.

Jam-packed with award-winning rides, attractions and shows that take you behind-the-scenes of the TV and movie industry – nowhere brings the magic of the screen alive like Universal Studios Florida!

Just a few of the huge number of rides and attractions at Universal Studios Florida include:

TRANSFORMERS: The Ride-3D: Board your N*E*S*T* vehicle and join Optimus Prime and Bumblebee in an ultra-immersive thrill ride that blurs the line between fiction and reality.

Despicable Me Minion Mayhem: Join Gru, his daughters and the mischievous Minions on an unpredictable ride. It's heartwarming and humorous family fun for everyone.

Revenge of the Mummy Digging your nails into the safety rail, you'll hold on tight as you rush forwards and back on the track, fleeing from the evil Mummy Imhotep.

Hollywood Rip Ride Rockit: This towering coaster offers a musical twist: As you strap in, you'll pick the song you want to hear above your own shrieks.

Harry Potter and the Escape from Gringotts™: Enter beneath a massive fire-breathing dragon and journey deep underground on this multi-dimensional thrill ride.

Some of the other rides and attractions at Universal Studios Florida include:

Shows at Universal Studios Florida include:

Journey through the legendary worlds of incredible heroes at Islands of Adventure. Explore The Wizarding World of Harry Potter™ - Hogsmeade™, come face to face with King Kong, battle villains alongside Spider-Man, and now feel the rush of the hunt as you ride the thrilling new roller coaster, Jurassic World VelociCoaster.

Just a few of the rides at Universal’s Islands of Adventure include:

Hagrid’s Magical Creatures Motorbike Adventure™: Join Hagrid™ as you fly deep into the wilds of the Forbidden Forest, beyond the grounds of Hogwarts™ castle, on a thrilling roller coaster ride.

The Incredible Hulk Coaster®: Hang on with superhuman strength as this high-speed, rampage smashes its way through the sky.

Harry Potter and the Forbidden Journey™: Soar above the castle grounds as you join Harry Potter™ and his friends on a thrilling adventure.

The Amazing Adventures of Spider-Man®: You'll face a cast of Marvel characters as you soar above the streets, scale skyscrapers and battle bad guys left and right.

Just some of the other rides and attractions at Universal’s Islands of Adventure include:

Shows at Universal’s Islands of Adventure include:

Children’s play areas at Universal’s Islands of Adventure include:

A spectacular volcano towering over a sun swept beach. Swaying palm trees lining your path through a picturesque island escape. It’s a South Seas oasis right in the heart of Universal. Volcano Bay is the only water theme park that gives you the freedom to spend more time with your family, doing the things you want to do. From thrilling water slides to secluded waterfalls, it’s the perfect place to get away from it all – a beach paradise you can enjoy without ever leaving Orlando.

Here, the Virtual Line experience changes how you wait as the TapuTapu wearable lets you hold your place in the ride lines, as well as reveal wondrous surprises with just a wave of your wrist. It’s a tropical paradise just steps away from everything Universal Orlando Resort has to offer.

Just some of the amazing attractions at Universal's Volcano Bay include:

Ko’okiri Body Plunge: This dizzying descent features a 70-degree fall through a drop door and 125 feet of screaming, white-knuckle fun.

Waturi Beach: Locals know – the waves are always perfect at Waturi Beach. Swim, splash and relax right along with them in the sparkling waters and warm waves of this sparkling lagoon at the foot of mighty Krakatau.

Krakatau Aqua Coaster: Four-person canoes slide upward through the mists and into the dark twists and turns within the volcano before emerging with a plunge through a shimmering waterfall.

Honu of Honu ika Moana™: Experience the twists and turns of underwater currents just like Honu, the sea turtle. Four people hang on tight as their raft sweeps up two massive walls, through ocean mists and down into sparkling pools in this thrilling adventure.

Ohyah & Ohno Drop Slides: These slides send riders soaring high into the air with cries of “Ohno” or “Ohyah” before splashing down triumphantly into the turquoise waters below.

Some of the children's areas at Universal's Volcano Bay include:

Tot Tiki Reef: Play among splashy slides, a tot-sized water volcano and a tribe of friendly Tikis who spray water from their blowholes. Plus, adorable whales spray and sing as kids raise and lower their wrists.

Runamukka Reef: Once an exotic coral reef beneath the ocean, Runamukka Reef is now a favorite play place for young Waturi children with its bubbling geysers, water guns, slides and dump cups. Shaded by fanciful bamboo sea creatures and waving seaweed, it’s the most playful spot.

This is where it all comes together. This is where unforgettable family fun meets restaurants that don’t just make you say “Yum,” but “Wow”.

The one place where the dining tastes of every member of the family and entertainment everyone can enjoy all intersect. It’s everything you’re looking for. And anything but ordinary. Universal CityWalk, The Epicentre of Awesome.

Universal CityWalk offers a huge range of dining options including:

Eat, drink and dance the night away at bars and nightclubs including:

Enjoy the very best in live music at great venues including:

Universal Orlando Resort has enclosed parking garages with lifts, escalators and travelators to the theme parks and Universal CityWalk.