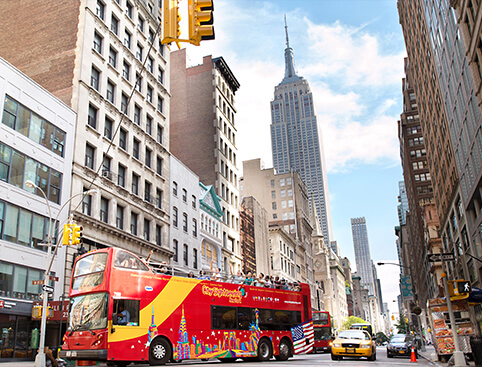 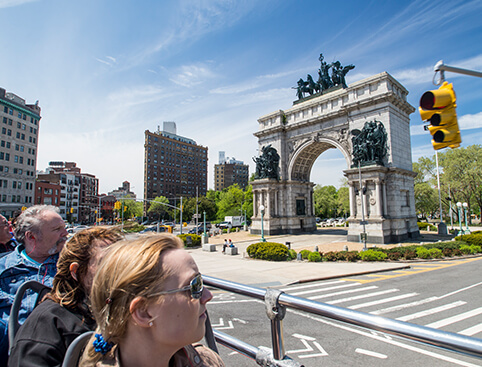 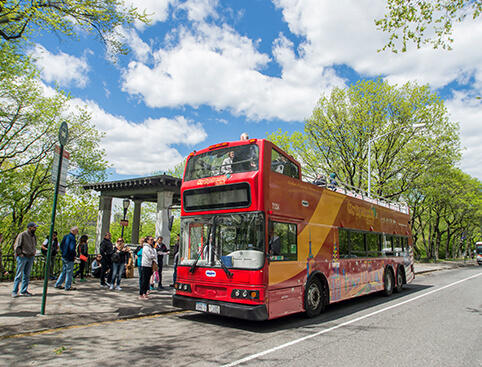 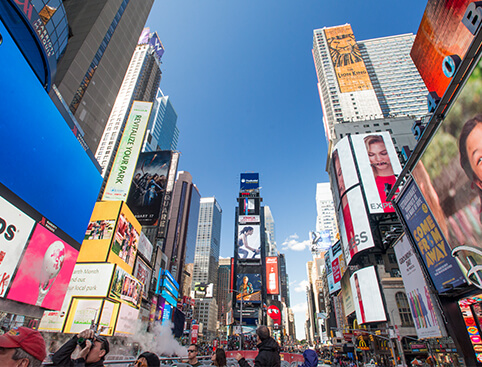 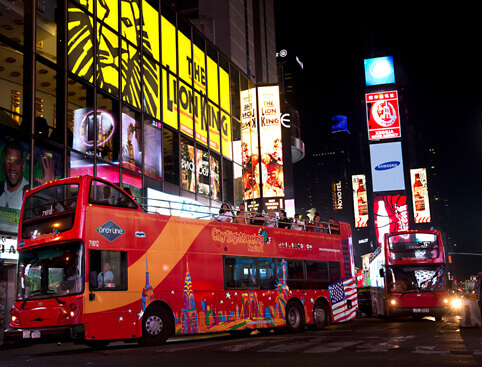 How to get to All Around Town New York

All Around New York Tour

With so much to see and do, organising a trip to the Big Apple can be a daunting task, but the bestselling All Around Town New York Tour offers the perfect solution!

Enjoy 48 or 72 hours-worth of non-stop action. No matter where you want to go in the Big Apple - it’ll take you there!

This cleverly-designed package includes 4 bus tours which cover different areas of the city:

There are also some great FREE extras included in your New York Tour ticket, including admission to the Museum of the City of New York, a 24hr City Sightseeing Ferry Ticket and an Eat & Play Card.

Your All Around Town Tour ticket includes:

You can collect your ticket at the following Gray Line City Sightseeing Visitors Center locations:

Please note: Tours run daily, even during Christmas and New Year periods but please note on Thanksgiving and on the 31st December the buses will stop running earlier than usual due to overall New York street closures, which is beyond our control. On some dates this ticket may not be available. Please check our calendar and bear this in mind when purchasing a ticket to include Thanksgiving or 31st December.

Take a look at just some of the things you can see and places you can visit on each of the included tours:

Take a trip downtown and visit some of the city’s most famous neighbourhoods.

This hop-on hop-off tour takes you must-see New York locations which include Museum Mile, Central Park, Millionaires Row and Harlem - one of the most famous neighbourhoods in the world!

You’ll see Prospect Park, the Brooklyn Bridge, the Grand Army Plaza and more. All you have to do is relax and enjoy the ride!

New York is a different creature after dark, and this night tour offers one of the best ways to see how the city’s most famous neighbourhoods come to life when the sun goes down!

And keep your camera at the ready because your expert and enthusiastic tour guide will ensure you won’t miss a thing!

See the New York skyline from an altogether different perspective with this hop-on, hop-off ferry tour (valid for 24 hours).

With an expert guide providing an informative live narrative, you’ll always know exactly where you are and what you’re looking at!

PLUS hop-on and hop-off at any of the stops along the way!

Eat, play and save with the New York Eat & Play Card! Enjoy meals, attractions, shopping, theatre shows and more with up to 50% off at 100 venues in New York. One card is valid for up to 4 people, so the whole family can enjoy amazing discounts on your holiday of a lifetime!

Find out more about the New York Eat & Play Card