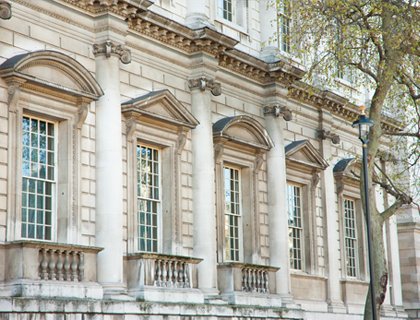 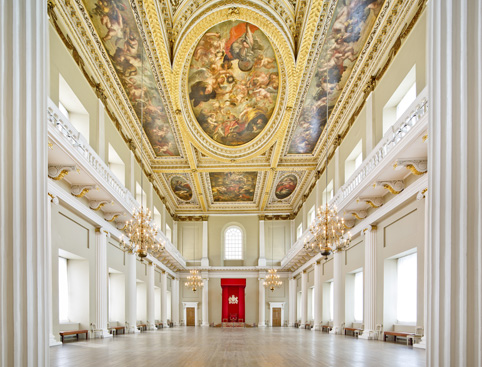 Don’t Miss: The only surviving in-situ ceiling painted by Rubens in the world.

Previously part of the Palace of Whitehall, Banqueting House, designed by Inigo Jones in 1619, is not only famous for its beautiful architecture and Rubens ceilings, but infamous for housing the very scaffold upon which unfortunate Charles I met his end!

Some of the famous and fascinating sights you’ll see on a visit to Banqueting include:

The Site of Charles I’s Scaffold

Banqueting House is probably known best as the site of King Charles I’s execution. A scaffold was erected just in front of the house in 1649 on a frozen January morning. It is here that Charles I, wearing two shirts to ward off the cold lest his trembling be mistaken for cowardice, met his end with great dignity.

Banqueting House was the first building designed in the neo-classical style. Inigo Jones travelled extensively in Italy where he fell in love with the ornate ancient-world architecture. His similar designs at Banqueting House marked the start of a revolution in British architecture.

Originally designed as a drinking den for James I, the Undercroft was one of the only places where the king could escape the stresses of public life and enjoy the simple pleasure of private time with friends and his favoured courtiers.