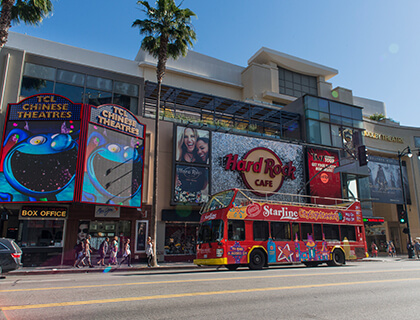 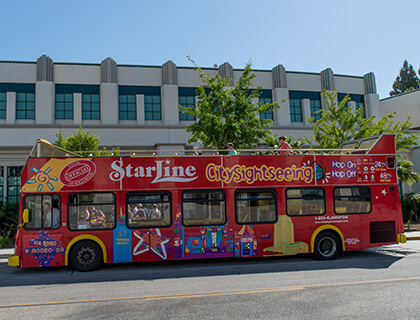 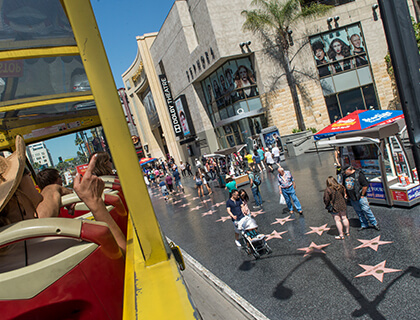 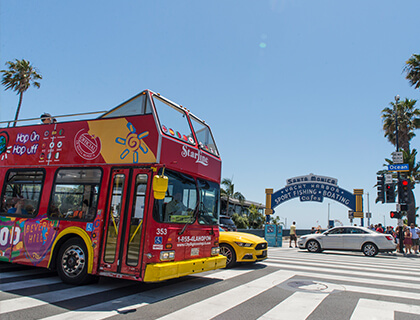 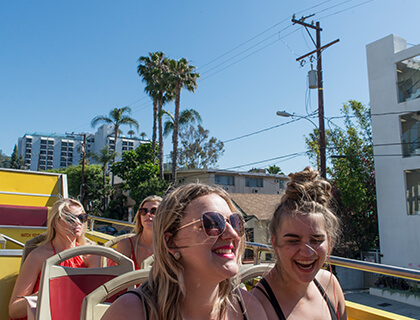 Don’t Miss: Any of Hollywood’s most famous sights!

Los Angeles: Latest from the Blog

Don’t miss a single thing when you’re visiting the playground of the A-Listers! City Sightseeing Hollywood takes the hassle out of your visit to Tinseltown with a hop-on-hop-off bus tour that takes you straight to all the biggest and best attractions!

Don’t waste a single second of your time in this fast-paced, exciting city. The CitySightseeing Hollywood bus tour covers six bus loops with over 50 stops, taking you to whichever sights and landmarks take your fancy!

Explore the beaches of Santa Monica, see the sights of Downtown Los Angeles, Beverly Hills and much more. The buses depart frequently so you won’t be waiting long to get to your next destination!

Tickets are available for a period of 1, 2 or 3 days, so you can spend as long as you like exploring the sights and sounds of Hollywood.

No need to worry about finding your way around or spending money on transport - you can hop off to explore at your leisure, then hop right back on and continue to the next spot.

Just some of the world-famous sights you can visit include:

Plus you can hear all the details, stories and facts about the sights you see with a recorded narrative available in 9 languages.

There’s no easier way to experience everything this lively cosmopolitan city has to offer – book your Citysightseeing Hollywood tickets now!

CitySightseeing Hollywood tickets are available for a period of 1, 2 or 3 days.

Admission onto the hop-on-hop-off buses for 1, 2 or 3 days and WiFi is available on board.