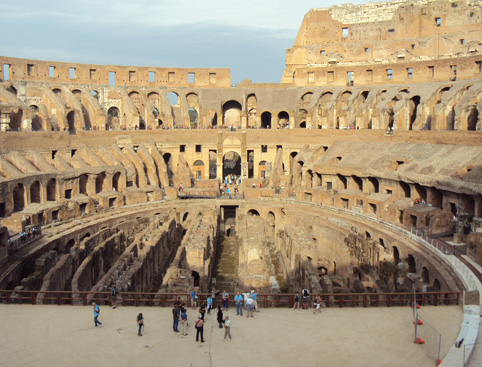 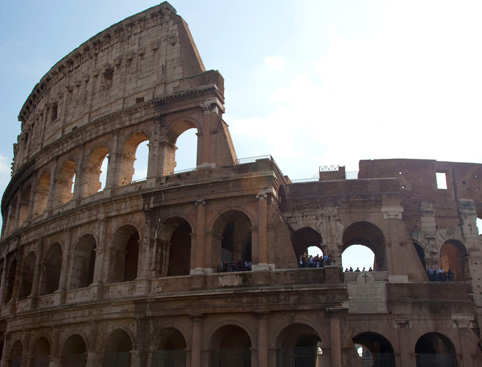 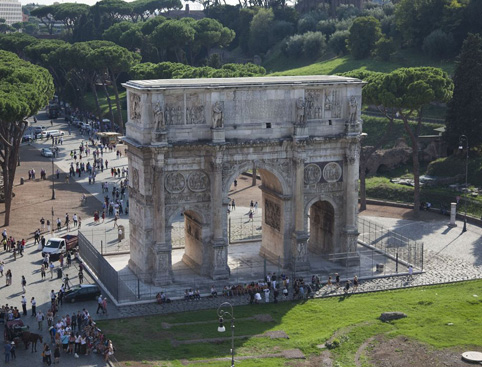 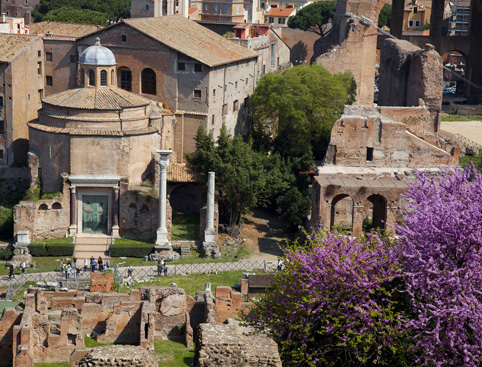 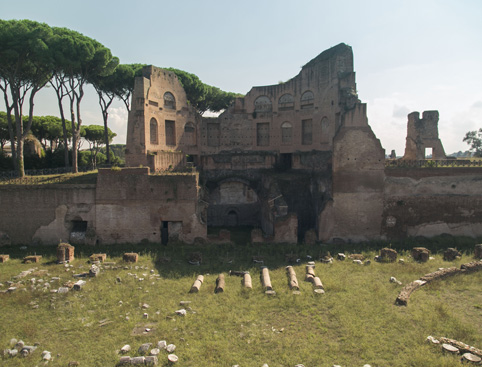 Don’t Miss: The chance for an elite tour of the most important sites in Rome!

Please note: Renovation work is currently taking place on the exterior of the Colosseum. This should not affect the running of your tour, however some parts of the Colosseum may not be visible from outside.

Specific times may be allocated for the fast track tickets when heightened security measures are in place at the Colosseum.

When in Rome…don’t miss a visit to the Colosseum, Roman Forum and Palatine Hill, the top attractions on Rome’s must-see landmarks list.

As part of a small tour group, you’ll have the opportunity to chat to your guide and ask any questions you might have about the sights you’ll see.

Hear stories and secrets about Rome’s most ancient landmarks as you admire their incredible architecture.

The Colosseum & Imperial Rome Tour is one of the best value-for-money tours available and places go fast, so don’t miss out, book now!

The Colosseum of Rome

The Colosseum, an ancient amphitheatre founded by Emperor Vespasian in 70AD, may have stood for over 2000 years, but that doesn’t mean it will always be around!

Don’t miss the chance to join this elite Colosseum tour during which you’ll see all the most important aspects of the Colosseum and learn about its feared Gladiators, men who were forced to fight deadly animals for the entertainment of the crowds.

The centre of public life for centuries, the Roman Forum contains some of the the oldest and most important buildings of the era, many of which, as you’ll see during your tour, survive until this day.

Palatine Hill, the centremost of Seven Hills of Rome, is one of the oldest parts of the city.

Standing 40 metres above the Roman Forum, legend dictates it was here that Romulus and Remus, the orphan twins reared by a she-wolf, battled for the right to build a city.

Romulus won the battle over his brother and the city of Rome was born.

Piazza del Colosseo, 1. Your guide will meet you in front of the Royal Art Café and Restaurant.