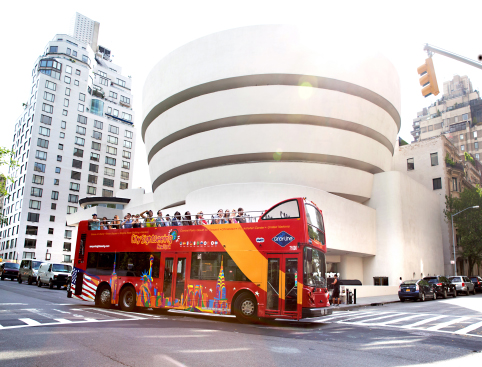 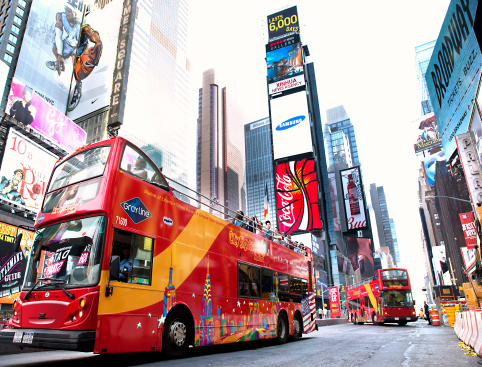 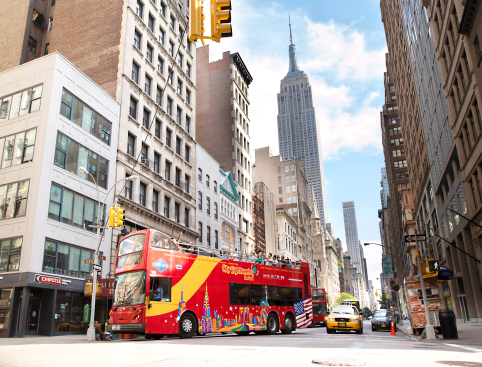 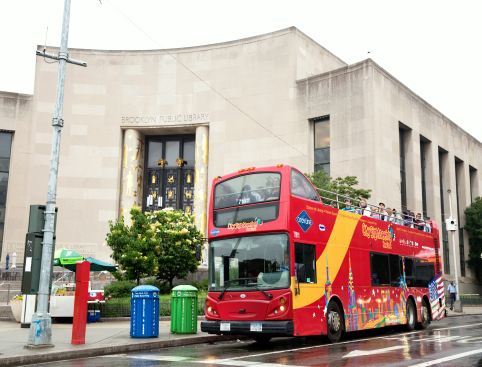 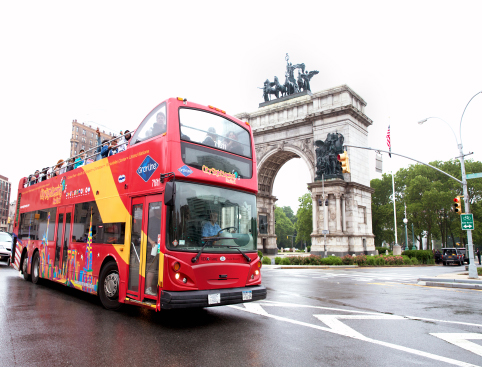 How to get to New York

What: Hop-on-hop-off tours all around New York, plus lots of free extras!

Availability: All year round

Tour Times: Tours start at various times and run throughout the day

Don’t Miss: Seeing everything New York has to offer with one easy ticket!

The Super New York Tour gives you three days’ worth of non-stop New York action. Wherever you want to go, it’ll take you there!

This ticket includes 4 New York bus tours which will introduce you to different faces of the Big Apple, from the glittering sights of Times Square and Broadway to the ultimate sports holy ground, Yankee Stadium in Brooklyn.

Eat, play and save with the New York Eat & Play Card! Enjoy meals, attractions, shopping, theatre shows and more with up to 50% off at 100 venues in New York. One card is valid for up to 4 people, so the whole family can enjoy amazing discounts on your holiday of a lifetime!

Find out more about the New York Eat & Play Card

Free Admission to the Museum of the City of New York

This Museum brings you the story of New York’s past, present and plans for the future, with exhibitions on key points and figures in the city’s growth, as well as celebrating its cultural diversity.

Possibly one of the best freebies you’ll get on a visit to New York; These are commonly accepted as the two buildings where you’re guaranteed the best views of that infamous skyline.

Insider's tip: The Downtown tour bus takes you right to Battery Park, where the ferry just happens to dock!

See the New York skyline from a different perspective as you cruise along the harbour on this hop-on-hop-off tour, complete with an expert guide providing a live narrative. PLUS hop on and off as often as you like at any of the stops along the way! Valid for 24 hours.

New York is famous as the city that never sleeps, which can be a blessing and a curse for tourists. There’s always something to do…but the buses might be too busy to let you on and the lines for tickets run the risk of being ridiculous! You can fix all that with the VIP Access Pass. Hop on more buses and get extra special discounts., exclusive to VIPs.

You can collect your ticket at the following Gray Line City Sightseeing Visitors Center locations: