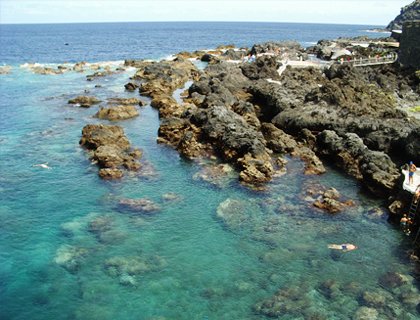 Don’t Miss: The climate and vegetation in Erjos heights which shows just how diverse Tenerife can be!

There’s so much to see, do and discover in Tenerife! And don’t worry about finding out what those things are - this Tenerife island tour does all the work for you and shows you sides of this beautiful island that you never knew existed.

Led by an expert, English-speaking guide, you’ll get a glimpse into the “real” Tenerife, visiting places that most tourists wouldn’t get the chance to see - including the 3000 year-old "Dragon Tree".

Setting off from the south of the island you’ll head upwards into the more mountainous areas of the island, with some seriously amazing views along the way.

Head upwards, over the mountains to the north west of Tenerife through the district of Santiago del Teide.

Arriving at the Erjos heights, you’ll be surprised at the difference in climate and vegetation when you’re far above the coastline.

Crossing over the peak that separates the south and north of the island, you’ll head down towards El Tanque viewpoint, where you’ll have fabulous photo opportunities of Garachico – a charming coastal village on the northern shore.

Stopping for refreshments, you’ll have around 30 minutes’ free time before continuing to the town of Orotava, north of Puerto de la Cruz.

In Puerto de la Cruz you’ll have more free time - around 90 minutes - which you can spend enjoying a meal, shopping or seeing the sights in this former fishing village.

Don’t just while away your holiday by the pool or on the beach – take a day out of the tanning schedule to discover just what Tenerife has to offer!

Pick-ups are from 9am.

Pick-ups are available from the following resorts:

Occasionally days of operation may be subject to change. In this case, we will try to book a day as close as possible to your original date. If this is not acceptable a full refund will be given