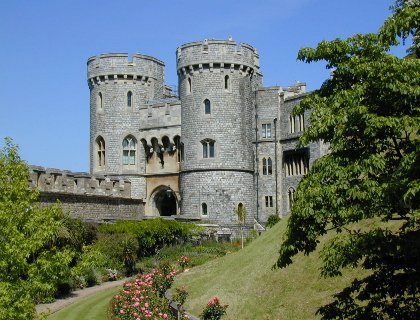 How to get to Windsor Castle

Don’t Miss: A peek at Queen Mary's Dolls' House, the most famous dolls' house in the world!

Our fantastic Windsor Castle tickets give you access to the largest and oldest occupied castle in the world, and one of the official residences of Her Majesty The Queen.

Windsor Castle's dramatic site encapsulates 900 years of British history. It covers an area of 26 acres and contains, as well as a royal palace, a magnificent chapel and the homes and workplaces of a large number of people.

In 1992 fire destroyed or damaged more than 100 rooms at the Castle. By good fortune the rooms worst affected were empty at the time, and as a result, few of the Castle's artistic treasures were destroyed.

The highly acclaimed restoration work, completed in 1997, is a testament to the extraordinary skills of some of the finest craftsmen in Europe.

St George's Chapel is one of the finest examples of Gothic architecture in England. It is the spiritual home of the Order of the Garter, the senior order of British Chivalry established in 1348 by Edward III.

Within the chapel are the tombs of ten sovereigns, including Henry VIII and his third wife Jane Seymour, and Charles I.

Among the highlights of a visit to Windsor Castle is Queen Mary's Dolls' House, the most famous dolls' house in the world.